Most of us have an inherent distaste for conflict. And somewhere along the way, society has reached a conclusion that disagreement is a bad thing. When it comes to business advice and decisions, that conclusion can be deadly.

I see two factors that have contributed to the current state of disagreement. One is the national political climate, which is the most polarized I can remember since my father was snarling about those damned hippies. The other is social media, which seems to exist largely as an arena for vicious arguments on virtually every subject, fueled by a complete absence of accountability and a belief that having read a Facebook post on a subject qualifies as expertise. 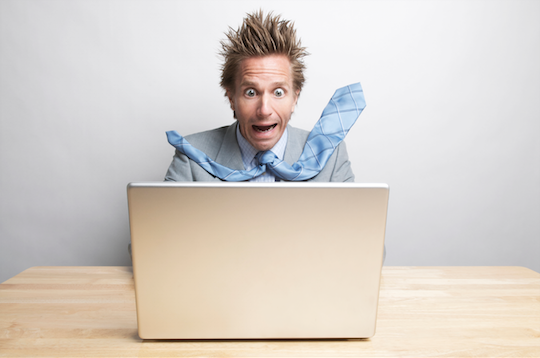 I mention those factors because I’ve seen them seep into the way business people think and operate. I encounter it most often when I’m working with a client and counsel a course of action that doesn’t match their plans or find them objecting to the way I’ve written something on their behalf. Instead of healthy, productive conversations, the conversations often devolve into defensive reactions focused on guarding turf. And the emotion shifts from tension about the suggestion to personal anger directed at the person who made it.

Now, the easiest thing for me to do in those situations is to simply smile, nod my head, and go along with whatever they think or want me to do. After all, they’re paying the bills. But what’s easiest isn’t always ethically appropriate, and if someone is paying for my expertise, I’m foolish enough to assume that they want (and even need) it.

Those of us who counsel clients, whether we’re talking about attorneys, accountants, agents, or even lowly writers, have an ethical (and often legal) obligation to act in the best interests of those we serve. Sometimes that means advising them on the most prudent course of action. Sometimes, it involves protecting them from themselves. No matter what we’re doing, we’re expected to offer advice that best serves their needs, even if they don’t like what we have to say. It isn’t an argument for argument’s sake.

If you want to sue a competitor, and your attorney advises that you’re only going to sink a small fortune into a case in which you’re not likely to prevail, she’s not being argumentative. She’s using her knowledge of the law, the legal arena, and the facts of the case to assess your situation and counsel you on the best course of action.

If you want to write off that personal vacation to Cabo San Lucas as a business tax deduction, and your CPA suggests that’s a bad idea, he’s not criticizing you. He knows from experience what’s likely to pass muster with the fine folks at the IRS and what’s likely to earn a rejection and penalties.

And when you tell someone like me about the idea you have for your new ad or the copy for your website update, and I point out that you may not have noticed the negative message it inadvertently creates, I’m not trying to pick a fight. I’m seeing it through more objective eyes, particularly those of your potential audience.

In other words, disagreement is not inherently argumentative. It’s not creating conflict for the sake of creating conflict. If you’re turning to professionals for their expertise and regarding their disagreements with you as questioning your worth or trying to start a fight, why are you paying for their help in the first place?

Do the professionals advising you always get it right? Much as we’d like to believe we always do, I know that isn’t the case. But when those professionals speak based upon their education, experience, and even occasional bits of wisdom they’ve acquired across their careers, we get it right far more often than not.

The experts who challenge you and your way of thinking aren’t trying to diminish you. Their goal is to improve your lot in life, whether that involves protecting you from an unfriendly letter from the IRS or making sure your website is as communicative and persuasive as possible. Yes, you’re an expert in your field who deserves respect. Grant them the same respect, and you’ll find that your own expertise will continue to deepen and expand.